The History of the Hawkesbury River

The Darug people & the first Settlers

The original inhabitants of the Hawkesbury district were the Darug tribe of Aboriginals, also spelt as Dharug or Daruk. The river, which they called Derrubbin was a focal point as a source of food, i.e. fish, eels, water birds, & mussels : and transport, in their bark canoes. Yams, a staple food, grew along the banks of the river. On the sandstone platforms they engraved images of animals and mythological figures and in the rock shelters they displayed their ochre and charcoal art. The Hawkesbury was also a source of stones for axes and pebbles for making barbs, points and scrapers 1. Their neighbours to the north west were the Darkinung the boundaries were from Wilberforce and Wiseman’s Ferry on the Hawkesbury River to Singleton. 2

The Hawkesbury district was the frontier of conflict from 1794 until around 1830. Problems did arise however between the aborigines and the settlers, as the local tribes found their access to the river and their food supply blocked by farms. After a number of skirmishes between the local Darug aboriginal tribe and the settlers, the NSW Corp was sent to investigate. A detachment of the military remained permanently in the district for over half a century. In 1802 Governor King interviewed several natives from the Hawkesbury, and they stated: that they did not like to be driven from the few places that were left on the banks of the river, where they alone could procure food.3

The first incident of Europeans being tried for murdering Aboriginals took place in 1799 following the deaths of two Aboriginals in the Hawkesbury district. Five men appeared in Court on trial & following four days of evidence and deliberation the the prisoners were found guilty. A despatch from England in 1802 relayed the news that the five men charged with murder, were acquitted.

In 1889 an Aboriginal Reserve was established on 150 acres at Sackville, and a number of Aborigines lived on the reserve. Andrew Barber, the last Aborigine associated with the Reserve, died in 1943.4 The site was made a public reserve and a memorial was erected in memory of the Hawkesbury tribes. Many local Aborigines married into Hawkesbury families and today their descendants are proud of the link with their Aboriginal heritage.

Following the settlement at Sydney Cove in 1788, Governor Arthur Phillip set out to make the penal colony self sufficient, as quickly as possible. Due to Australia’s extreme isolation, it was vital that a successful food supply be established and that fertile land with a fresh water supply be located swiftly, as the land surrounding the first settlement was not suitable for growing crops. Phillip commenced exploring the surrounding countryside and three months after the arrival of the First Fleet, whilst approximately fifteen miles inland, he had a good view of the mountains. One of these he named Richmond Hill, and he was certain “from the rising of these mountains…that a large river would be found…”5 Shortly afterwards a party set out to locate the mountains but the provisions only allowed the group to reach Prospect Hill, which at least was suitable for agricultural pursuits.

Twelve months later, Governor Phillip was investigating the Broken Bay district when he sighted the Hawkesbury River and returned on a second expedition. This expedition successfully travelled the length of the Hawkesbury River and on the 6th July 1789, Phillip reached his goal and climbed Richmond Hill. On his return Phillip reported to Lord Sydney in England : “The river, which I named, Hawkesbury, after the Lord Hawkesbury…The breadth of this river is from three hundred to eight hundred feet…The soil of Richmond-Hill is good and it lays well for cultivation…The great advantages of so noble a river, when a settlement can be made on its banks, will be obvious to your Lordship”. 6 However, the explorers cautiously noted that debris located thirty feet up in the trees indicated that the river flooded, and Phillip suggested to Grenville that prior to settlement that it would be essential to be “better acquainted with the country”. Also “proper people to conduct it must be found” and the settlers would need “small craft to keep up communications”. 7 In 1791, a search party, which included Governor Phillip, Watkin Tench and William Dawes, was exploring the Hawkesbury River, met up with members of a local clan from around Richmond: Gombeeree, his son Yellomundee (or Yarramundi) and grandson Deeimba. This early contact was recorded by Watkin Tench and he refers favourably to this meeting recording it with “friendship and good humour” 8.

Although it was Phillip’s plan to eventually locate a new settlement on the Hawkesbury, it was Lt.-Gov. Major Francis Grose that initiated the plan, after Phillip returned to England in 1792. The exact date of settlement is not known but a despatch sent on the 29th April 1794 by Grose reports: “I have settled on the banks of the Hawkesbury twenty two settlers, who seem very much pleased with their farms. They describe the soil as particularly rich, and they inform me whatever they have planted has grown in the greatest luxuriance”.9

The major settlement was located between Pitt Reach on the Hawkesbury River and South Creek tributary. The rich fertile plains quickly produced crops which the colony was in great need of. The aim of the early governors was to ensure that the colony became self supporting as quickly as possible. Sydney and Parramatta produced a limited food supply but it was the major contribution of the Hawkesbury that allowed the colony to stabilise, hence the term used to describe the Hawkesbury, “the granary of the colony.” As the settlement prospered, further grants were made, the majority of these grants were to emancipated convicts and usually thirty acres in size. The settlement became known as the Green Hills.

By August 1794, seventy settlers and their families were reported living in the Hawkesbury district and a track linked the small community to the settlement of Sydney. Expansion continued and a log cabin was also constructed to store the precious grain of the farmers.10

Following a number of turbulent years including the Rum Rebellion, Governor Lachlan Macquarie arrived in the colony, with orders to bring control and uniformity. Macquarie toured the colony and after visiting the Hawkesbury, reasoned the only solution was to move the settlers and their houses and stock to higher ground, leaving only their crops on the lowlands. On the 6th December 1810, Macquarie recorded in his journal: “After dinner I christened the new townships…I gave the name of Windsor to the town intended to be erected in the district of the Green Hills…the township in the Richmond district I have named Richmond…” the district reminded Macquarie of those towns in England, whilst Castlereagh, Pitt Town and Wilberforce were named after English statesmen. 12

Macquarie wanted the settlers to waste no time in moving to higher ground, as he realised the importance of the fertile land to the settlement, and he did not want to vacate the area entirely. The majority of the farmers moved their houses and stock to higher ground and continued to cultivate the lowlands, and grants forthwith were not close to the river. In 1813 the formidable Blue Mountains were crossed and extensive new pastures were located and although the emphasis was taken off the Hawkesbury as the vital food supplier, it still played a major role, especially in market gardening.

The Hawkesbury was primarily settled because of the excellent quality of soil and water supply in the form of the Hawkesbury River. The river provided a link between the settlements, establishing a means of transport by boat and vital communications with Parramatta and Sydney. In the formative years of the settlement, the Hawkesbury offered tremendous potential to the small scale farmers and emancipated convicts. The fertile plains produced a variety of rural produce and their crops yielded more than double than anywhere else in the colony. Windsor flourished in the early decades of the nineteenth century and by 1820 there were twenty two public buildings in the town centre. 13 The town was far from the watchful eye of the influential Sydney and social attitudes were more lax, the majority of the population were emancipated convicts. 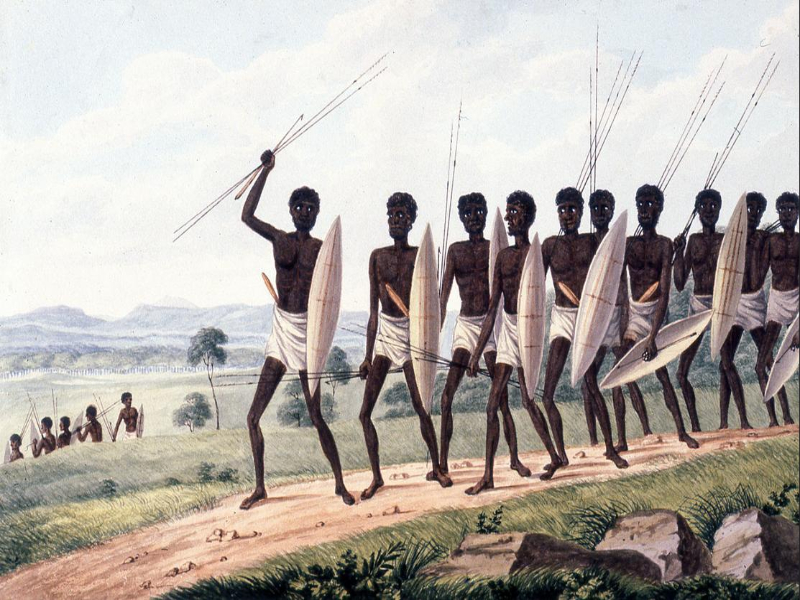 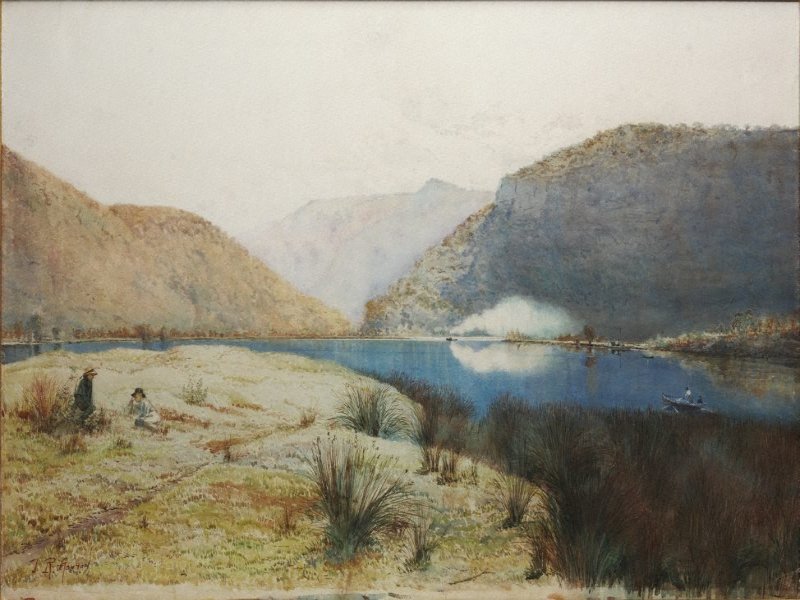