Fishing in the Hawkesbury River

Visit the Department of Primary Industries website for everything you need to know about fishing in the Hawkesbury River. https://www.dpi.nsw.gov.au/fishing/recreational/resources/info/fishing-locations/go-fishing-hawkesbury-river

A truly impressive system, the Hawkesbury-Nepean is the longest coastal catchment in NSW spanning 470 kms and draining a staggering 2.14 Mha of land. As it is a huge system with an array of differing habitats and features, it is no wonder that the Hawkesbury is often seen as being pretty daunting for a first-time fisher; however, when a few secrets are revealed, you begin to understand and appreciate how productive this mighty river can be.

The Hawkesbury is best known for producing some of NSW’s largest mulloway. Fish exceeding 1.6m and 40kg have been taken from these waters. While these huge fish aren’t common nowadays, the Hawkesbury still offers a good chance at quality fish around the magical metre mark.

While mulloway are a major drawcard for local and visiting anglers, there’s plenty more on offer in this huge and diverse system. For example, the Hawkesbury is well known for its big bream and during winter plenty of keen fishos brave the cold to chase the mysterious hairtail in wellknown locations such as Cowan Creek and there’s usually plenty of pelagic action with surface-feeding Australian salmon, bonito, tailor and yellowtail kingfish in Broken Bay. Additionally, the Hawkesbury and surrounding waters produce all the usual estuary targets such as sand whiting, luderick, black and silver drummer, mullet, leatherjacket, snapper, silver trevally and many more.

Due to its stunning landscape, rich heritage and adjoining national parks, the Hawkesbury region is a very popular tourist destination, obviously for fishing but also for other watersports such as kayaking, cruising or sailing. 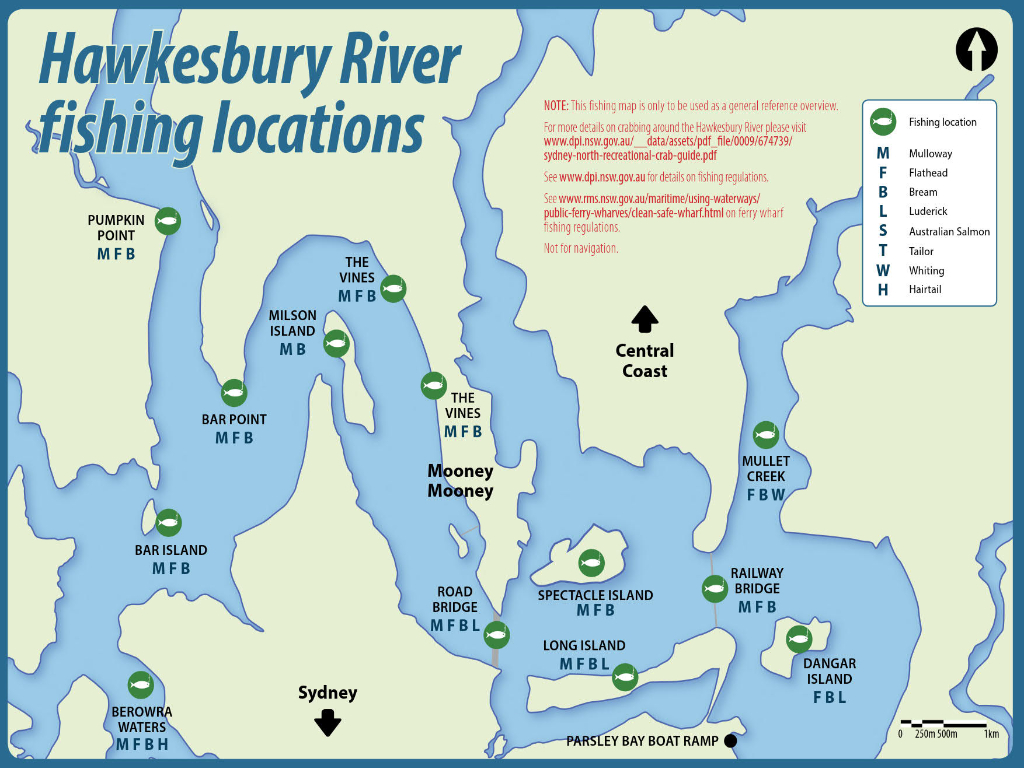